Peter MacDermid – Governor to the OHL 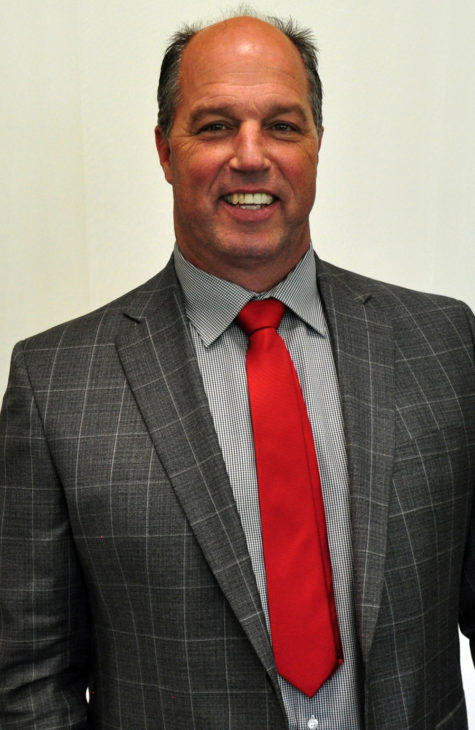 Dale DeGray became the fifth General Manager in Owen Sound Attack history in July 2007, helping bring an Ontario Hockey League Championship to Owen Sound in May 2011 and a Western Conference Final appearance in 2017.  Since becoming the General Manager, DeGray has insisted that all players have a community minded, team first attitude.

Entering his 15th season with the team, DeGray has managed the Attack to eleven straight 30-win seasons and eleven consecutive playoff appearances, a mark that has only been accomplished by two other team in the Canadian Hockey League during the same period. DeGray has also taken home league honours being name the OHL Executive of the Year in 2011.

DeGray, a native of Oshawa, Ontario, also has close ties to the Hockey Canada program, where he has been a part of the management team at the 2016 World Under-17 Challenge and the Gold Medal winning entry at the 2015 Ivan Hlinka Memorial Tournament.

Prior to joining the Attack, Dale DeGray spent five years as an amateur scout with the National Hockey Leagues Florida Panthers.  DeGray played three seasons for his hometown Oshawa Generals, where his blue-collar work ethic allowed him to be drafted 162nd overall by the Calgary Flames in the 1981 NHL entry draft. He went on to play 153 NHL games, scoring 18 goals and tallying 47 assists. In total, DeGray spent 17 years playing professional hockey and then two as Coach/GM with the United Hockey League’s Rockford IceHogs. 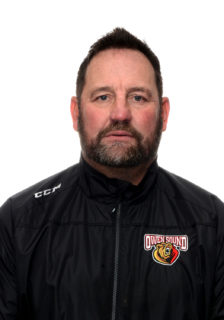 Greg Walters was named the 16th Head Coach in Attack history in June of 2021.  He, most recently spent the past two seasons (2018/2019 and 2019/2020) with the Oshawa Generals, guiding them to back-to-back third place finishes in the Ontario Hockey League’s Eastern Conference.  In his time with the Generals he amassed a record of 75-40-10-5. Walters also spent eight seasons, beginning in 2002, with the Sarnia Sting as an Assistant/Associate Coach.

Prior to his time in Oshawa, Walters spent eight seasons as Head Coach of the Ontario Junior Hockey League’s very successful Georgetown Raiders program, winning five division titles, four conference titles and one OJHL Championship.  At the conclusion of the 2016-2017 season, he was named OJHL Executive of the Year and Coach of the Year as well as the Canadian Junior Hockey League’s Coach of the Year.  When Walters closed out his career with the Raiders organization he finished with a record of 295 wins, 96 losses, 11 ties, and 21 overtime losses with his teams generating a goal differential of plus-634.

Walters has also spent some time in the Hockey Canada program having been named Head Coach of the Canada East entry at the 2012 World Junior-A Challenge, where his team finished in fourth place.  He was also an Assistant Coach with Canada East’s entry at the 2011 World Junior-A Challenge winning a silver medal.  Most recently he was invited to be a Guest Coach at the 2019 National Men’s Summer Under-18 Selection Camp.

Greg also had a very lengthy junior and professional career as a player, playing in over 700 games between the OHL, AHL ECHL IHL, UHL and CoHL. 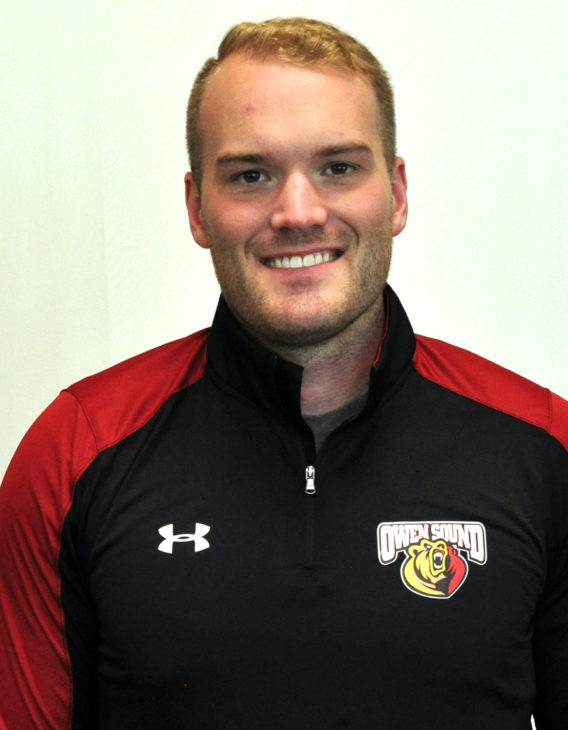 Jordan Hill joined the Owen Sound Attack coaching staff as an Assistant Coach prior to the 2017-18 season.  Now entering his sixth season with the Attack, Hill was promoted to Associate Coach prior to the start of the 2021-22 season.  Hill is no stranger to leadership roles, having served as either a Captain or Assistant Captain, both in junior and the pro’s.

A native of Sarnia, Ontario, Hill spent three years in the Ontario Hockey League from 2007-2010 and was captain of the Sarnia Sting before being traded to the Saginaw Spirit in his overage season. Most recently a member of the East Coast Hockey League’s Toledo Walleye, Hill will bring another respected voice to an Attack bench that features three coaches all with professional playing experience.

Over the course of his career, Hill suited up with the American Hockey League’s Manitoba Moose, Manchester Monarchs, Bridgeport Sound Tigers, and St. John’s IceCaps. He also saw stints with the ECHL’s Ontario Reign and Norfolk Admirals, where he was named captain in the 2015-16 season. 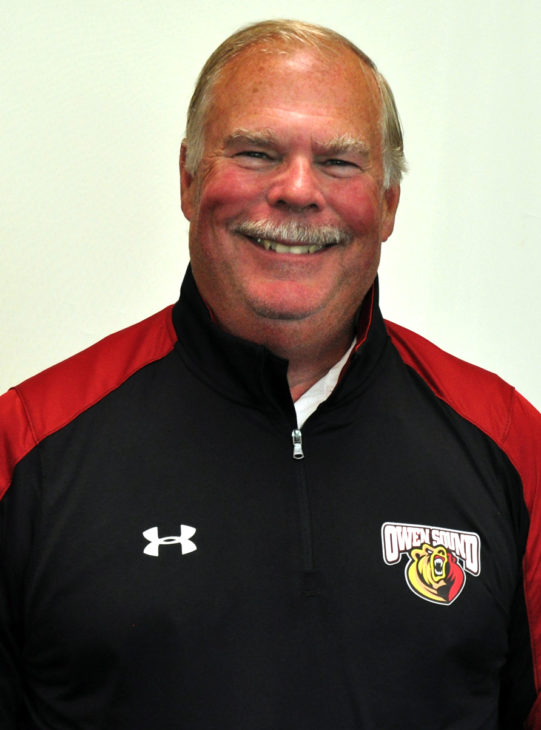 Greg Redquest was named the Owen Sound Attacks Goaltender Coach prior to the start of the 2010-11 season.  Red Dog as he is known around the rink, has helped Attack goalies make the move to the next level with one alumni currently in the NHL, three playing/played in the AHL/ECHL and six join the ranks of U Sports goaltenders.

Redquest spent his junior days with the Peterborough Petes, Hamilton Fincups and Oshawa Generals and was the first goalie drafted in the 1976 NHL Entry Draft to the Pittsburgh Penguins. He split two years of professional hockey between the IHL, NEHL and NHL.

Request currently runs clinics around the province for all levels of keepers and remains in touch with the goalies he has coached with the Attack.

Denise Reid is in her sixth year with the Attack and has worked with hockey players ranging from Tyke to Major Junior A levels, throughout the Grey Bruce area over the past 37 years.

Denise’s power skating program for the Attack this year will include skill and technique development with a strong focus on balance, control, speed and endurance. Denise’s philosophy is that she can help to provide one piece of the puzzle, of the several that are required, in the development of a complete hockey player. 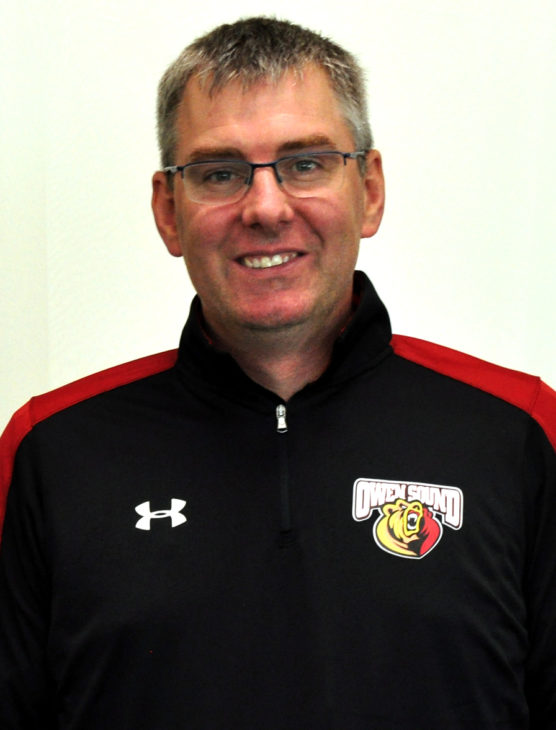 Andy Brown enters his 17th season as the Owen Sound Attacks Head Athletic Therapist and Equipment Manager.  A Registered Kinesiologist and Certified Athletic Therapist, he is responsible for all player needs relating to medical treatment and equipment.

In his over 1,000 games with the team, Brown has been a part of an Ontario Hockey League Championship in 2011, participated in the CHL Top Prospects game and the CHL Canada/Russia Series games.  He has also had a very successful tenure with Hockey Canada programs, representing Canada at the World U17 Hockey Challenge in 2006 and 2017 and the IIHF Ice Hockey Under-18 World Championships in 2019.  He has also won gold with team Canada three times completing the Hlinka hat trick with gold medal wins at the Ivan Hlinka Memorial Tournament in 2009 and 2017 and Hlinka Gretzky Cup in 2018.

Prior to joining the Attack Brown spent two seasons as the Athletic Therapist for the Kingston Frontenac’s.

Andy lives in Owen Sound with his wife Shari, and their three boys; Alex, Liam, and Josh.

Jacob Komel enters his first season as the Attacks Assistant Equipment Manager.  The native of Oshawa, Ontario, joins the team after three seasons working with the Sudbury Wolves while he was attending Laurentian University completing his Honours, Bachelor of Commerce in Sports Administration degree. During his time in Sudbury he has had the opportunity to participate in a CHL Canada Russia game and the 2018 Telus Cup.  Prior to university, Komel volunteered with the Oshawa Generals, doing a co-op with the teams Equipment Manager.

Fred Wallace has been the voice of the team for more than a decade. He announces at the games and does the play-by-play for his own radio broadcast of the away games on CFOS in Owen Sound.