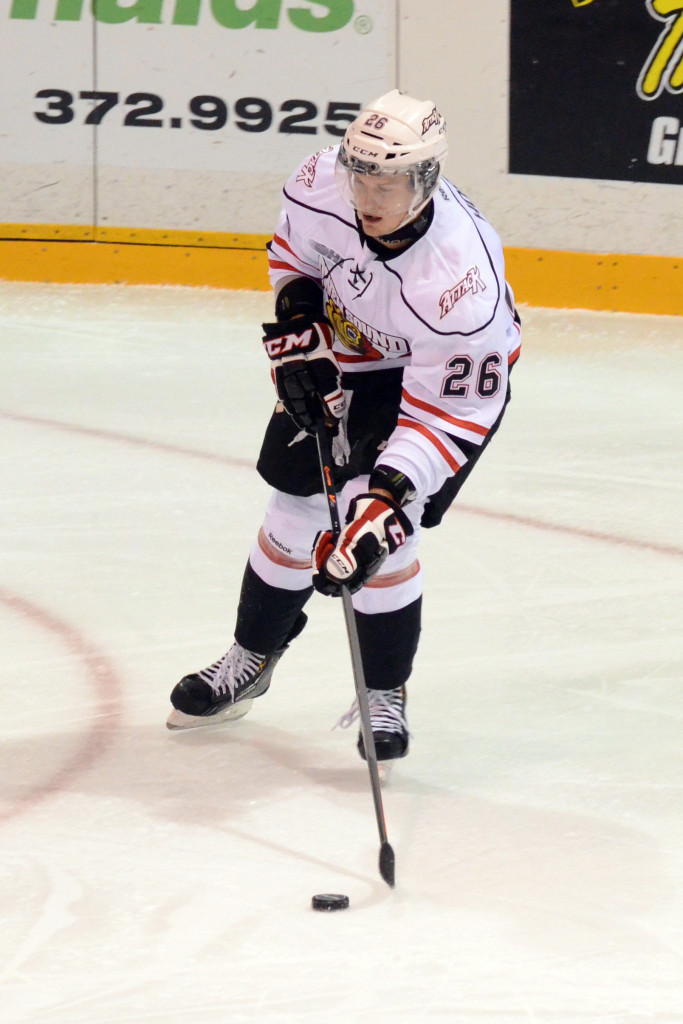 Brandon Hope would get the nod in goal for the Attack, his 8th straight start while Nikita Serebryakov would man the pipes for the Spirit.

Saginaw would jump out to a 3-0 lead when Cody Payne, Dylan Sadowy and Eric Locke all tallied for the Spirit. Locke assisted on the first two Saginaw goals as well.

The Attack would be looking for a better second and things would start off well when Chris Bigras oulled the Attack  within two goals on the powerplay, however; Terry Trafford restored the three goal lead shortly thereafter. Jack Flinn took over from Brandon hope to start the period. While the Spirit lead 4-1, the Attack actually controlled much of the play, but Serebryakov turned in many quality saves.  Trafford would once again get involved in the act, this time feeding a shorthanded pass to Kristoff Kontos, who buried the biscuit to give the Spirit a 5-1 lead.

Kurtis MacDermid would make it 5-2 when his bomb from the point found its way through a maze of legs and past goaltender Serebryakov. The Bears would continue to claw back and with just over four minutes left, Kyle Hope would fire in his      3rd of the season. Kurtis Gabriel drew an assist on both MacDermid and Hope’s goals. Hope’s goal was also his 3rd point of the night and his 8th in his last three games. That would be it for the Attack though as Locke would put the puck into the empty net.

The Three Stars were:

The Attack is back in action Saturday night when they travel to Windsor to take on the Spitfires, All of the action can be seen on Rogers TV Local channel 53 or heard live on Terry’s Trailer Service/Kia of Owen Sound Bear Radio with Fred Wallace.